What Is ‘Sad Beige’ Parenting And How Did We Get Here? 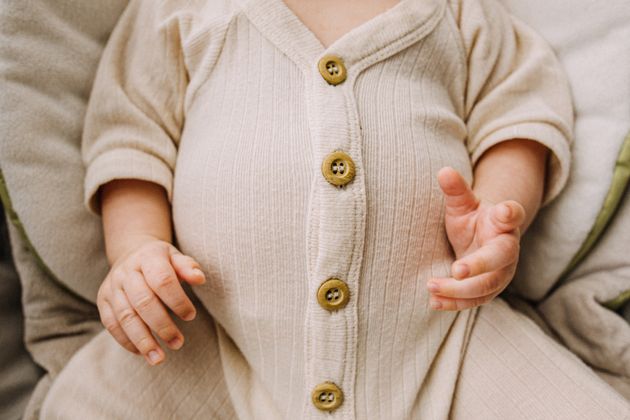 Some parents find a beige colour palette to be calming.

If you’ve gone browsing for a baby shower gift sometime in the past couple of years, you may have noticed a certain colour palette dominating the onesies, the wall hangings and the wooden toys.

This drab monochrome that has taken hold of children’s fashion and design was incisively dubbed “sad beige” by humour writer Hayley DeRoche, who chronicles the offerings of upscale children’s retailers in the somber voice of German filmmaker Werner Herzog on her TikTok account, That Sad Beige Lady.

The videos DeRoche told HuffPost she mainly creates in her car during her lunch break from her job as a librarian have now racked up 12.5 million likes.

In a recent post, DeRoche/Herzog soberly intones, “I call this one the blank stare into the abyss towards which we all are headed whether we adorn ourselves in cashmere or clearance.” The video ends by revealing that the “sable cashmere polo for babies,” modelled by an unsmiling child, retails for $95 (£77) from Banana Republic.

Even those unfamiliar with DeRoche’s satire and some of the companies she mocks may recognize the less-than-colorful trend in the nursery decor of celebrity babies, such as Kylie Jenner’s son.

In a video entitled “To Our Son” that Jenner released last March on YouTube, images of the child’s nursery are so monochromatic you might initially think they were filmed in black-and-white.

Big sister Stormi, in her patternless beige pyjamas, leads viewers on a tour of “the baby’s room.”

We see her quietly tapping the muted grey, beige and rose beads of a rainbow toy that shares a shelf with brown and white stuffed animals and natural wooden blocks.

The walls, the chair, the carpet, the gentle wave created by the shadows of the crib slats: all shades of beige, grey, off-white.

Jenner’s nursery both exudes a minimalist calm and reveals a depth of wealth unimaginable to most parents.

Unsurprisingly, the accessories that blend best into this scheme are also some of the priciest.

Where did ‘sad beige’ come from?

A few things may have spurred this muted turn in children’s fashion. First, in a flight from the gender constraints of aggressively marketed pink or blue, some folks may have found their way to beige as a gender-neutral option.

Hues with names like sand, oatmeal and ecru don’t shout masculine or feminine. They don’t really shout at all, blending silently into the background of whatever off-white your walls are already painted.

Second, there’s nothing quite like bringing a new human into the world to shore up your ecological conscience. You don’t want heaps of bright plastic waste floating in the ocean in perpetuity, and neither do you want loudly coloured plastic toys and accessories jarring the peaceful ambiance of your child’s nursery.

Finally, there is a connection to natural materials that are safe and non-toxic for babies. For example, unpainted wooden toys and unbleached, un-dyed cotton are mostly shades of beige, so the colour becomes a shorthand for simplicity and wholesomeness.

When the trend corresponds to a company’s commitment to environmentally sustainable, ethical production, it fulfils this tacit promise, and consumers may assume that higher costs reflect these standards. But, as DeRoche has noted, just because a product is beige-coloured doesn’t mean it was ethically or sustainably produced. Parents have to do their research if they don’t want to fall prey to greenwashing.

What is the allure of a beige colour palette?

The sad beige aesthetic has taken on meanings beyond un-gendered and non-toxic. It also stands for something: the authority and dominance of adult tastes.

Sad beige appeals to parents, especially expectant or new parents who are anxious about how a new child will disrupt the serene aesthetic of their homes — and their lives.

Parents who identify with the sad beige trend “don’t want to compromise on aesthetics. They don’t want their house to be engulfed in oceans of sequins or neon slime or polyester ball gowns,” Martha Alexander, a journalist and parent, explained in an interview with BBC.

In addition to not cramping their style, a room — or child — decked in beige is the equivalent of an off-white wall. “I think sometimes this aesthetic is trendy, particularly with influencers, because it can make products pop,” said DeRoche.

“If your whole life is basically your stage, then you have to have your home be that backdrop, and so I think that’s why we see that neutral backdrop a lot with influencers. It’s really all about marketing,” DeRoche added.

It’s also not unreasonable to think about how your child will match your look when you spend most of the day carrying that child.

“Our children, at least while they’re young enough to be dressed without contest, are a reflection of our own personal style,” Krista Boehm, who runs the online baby and kids’ clothing boutique Aspen + James, told HuffPost.

“Whites and beiges are a trend in adult fashion, so when I’m wearing my child strapped to my chest, I enjoy a look that works collectively, and she is too tiny to care,” adds Boehm.

“We know many mothers are using those specific keywords in online searches,” she explained. 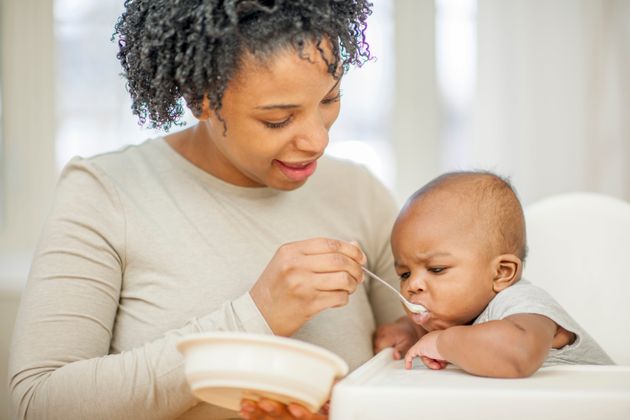 Parents who identify with the sad beige trend “don’t want to compromise on aesthetics.

Mummy-and-me outfits are trending, and adult women are more apt to purchase items in this colour family to wear themselves.

Other advantages of beige, Boehm said, are that it matches almost anything and can be handed down to kids of any gender.

Why is mocking ‘sad beige’ so enjoyable?

Aside from being witty and clever, DeRoche’s TikTok videos tap into another urge many parents share: Schadenfreude at newer parents’ expense.

We all start with lofty goals for our parenting: colour palettes we won’t touch and food additives they’ll never eat. Then reality hits, and before you know it, you’re knee-deep in Happy Meal boxes and hot pink tutus.

“When I was pregnant, I thought I was going to live in a Scandinavian utopia,” said Alexander, admitting that she “failed almost immediately” to fulfil this vision.

“It all went downhill with the jumperoo,” she said.

DeRoche, the parent of an 8-year-old and a 5-year-old, describes her parenting palette as an “exploded circus,” adding that in her home, “nothing is Instagram worthy.”

“I think it’s very easy to be a minimalist when you have a baby,” she said, “but it becomes much harder when they’re whole little people.”

While DeRoche says she has aesthetic preferences and has even expressed them in some of the art she has in her home, she has relinquished the illusion that she can control her environment or its inhabitants.

“Having an aesthetic, I think, is a valiant attempt at maintaining the illusion of control,” said DeRoche. “We all want to be in control of our parenting at all times. And it is just a long hard experience of being like, ‘Wow, I only have 10% control when I thought I would have 100’ — it’s been very humbling as a person.”

While she loves beige, Boehm knows its days of dominating her child’s closet are numbered.

“I fully expect my own 1-year-old daughter to be the one dictating what she will wear someday very soon,” she said, “and I will encourage and fully support her developing her own style — colours and all.”

I work at a vet hotel & there are five types of dogs we always see – so is yours an introvert or attention seeker?