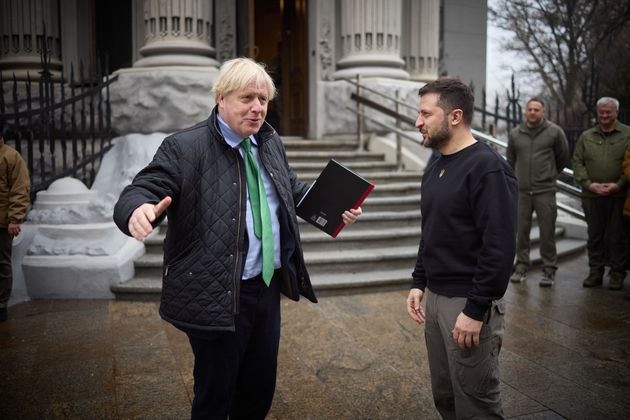 Volodymyr Zelenskyy has said it would be a “pleasure” if Boris Johnson became the UK’s ambassador to Ukraine.

The Ukrainian president said the former prime minister was “a good guy” – but would not be drawn on whether he would like to see him back in Number 10.

His comments, in an interview with Sky News, came just days after Johnson made a surprise visit to Kyiv.

The former PM struck up a close relationship with Zelenskyy during his time in Downing Street, and was credited with leading global efforts to back Ukraine following Russia’s invasion last February.

Asked if he would like to see Johnson become Britain’s man in Kyiv, Zelenskyy said: “With pleasure. With pleasure. He is a good guy. I’m not sure he is ready for such status, but who knows?”

The president was then asked whether he would like Johnson to become prime minister again.

“I think we had more long relations with Johnson because it was a long time and of course they were difficult times in the first days of the full-scale invasion.

“I saw Johnson in different situations. I saw him not in war and then in full-scale war. That’s why we have special relations.”

Meanwhile, Zelenskyy also welcomed the decision by the UK, American and Germany to send tanks to Ukraine to help with the war effort.

He said: “I am very happy and I would like to thank Germany, thank Britain and thank the United States that they have made such decisions.”