TODAY show correspondent Maggie Vespa might be saying “Oh, fudge” after nearly poisoning herself on an iconic item from the classic movie A Christmas Story.

As part of her report, the NBC journalist reenacted a scene from the movie where Ralphie is punished by having his mouth washed out with soap.

The Today show crew cracked up at Maggie’s admission[/caption]

Maggie was reporting live from the steps of the actual house in Cleveland where the movie was filmed.

The property has since been turned into a museum honoring the 1983 release, complete with a gift shop that sells reproductions of the Lifebuoy soap Ralphie nearly choked on.

In her report, Maggie reenacted the scene, putting one of the bars of soap in her own mouth.

You could see the teeth marks where she chomped down on it. 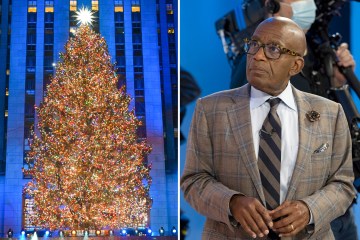 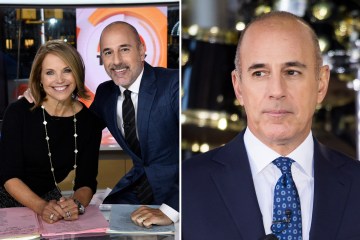 The morning show hosts could hardly believe it.

“Was that a real bar of soap?” Hoda Kotb asked the brave correspondent. “Did you really put your teeth in it?”

Maggie admitted she had, and she instantly regretted it.

“It’s a real bar of soap,” she answered. “It’s disgusting and I may have poisoned myself.”

As the hosts cracked up, Hoda shouted: “Good for you girl, you went all the way.”

“Fill-in hosts” seem to be a growing pattern at the popular morning show, where four replacement anchors were needed for Monday’s show alone.

On Monday, Al Roker continued to be missing from the Today show as he recovers from blood clots in his legs and lungs.

Aside from the 68-year-old weatherman, Craig Melvin, Sheinelle Jones, and Carson Daly were also absent.

While it was not revealed why the trio were not on the show on Monday, Carson’s absence is likely tied to his commitments as the host of The Voice.

The singing show, which shoots in California and airs on Mondays and Tuesdays, recently started airing live episodes, while Today airs live from New York each morning.

With shows on opposite sides of the country, it makes it impossible for Carson to do both shows on the same day.

Carson first began taking time off from Today for a few days each week earlier this month, when the competition series started its live shows.

Jacob replaced the host then, and he did so again amid Carson’s absence on Monday.

The 39-year-old NBC personality took Carson’s place in reporting the pop culture news during the Pop Start segment on the show.

A day later, Savannah Guthrie was suddenly missing from the news desk.

Savannah’s absence comes after she spent the entire Thanksgiving week reporting on the holiday festivities.

While the others are on and off from the show, Al has been absent for a few weeks now.

Al recently made an Instagram post confirming he had been in the hospital receiving treatment for blood clots.

“Last week, I was admitted to the hospital with a blood clot in my leg, which sent some clots into my lungs,” he wrote.

However, he revealed on Thanksgiving Day that he was being discharged from the hospital.

“This is my version of the Thanksgiving Day parade. Getting ready to leave the hospital. … Time to blow this taco stand,” Al said in an Instagram video, as he was seen exiting the hospital.

Also on Thanksgiving, he posted a photo of himself watching the Macy’s Thanksgiving Day Parade from his home.

He appeared to be happy and captioned the post: “Back home in time to catch a little bit of the #macysthanksgivingdayparade Missing being next to @savannahguthrie and @hodakotb.”

Later that same day, the host posted photos with his family and wrote: “So very #thankful to be able to be home for #thanksgiving #dinner with #family.”

In the movie, Ralphie had his mouth washed out with soap for saying the the queen-mother of dirty words[/caption]