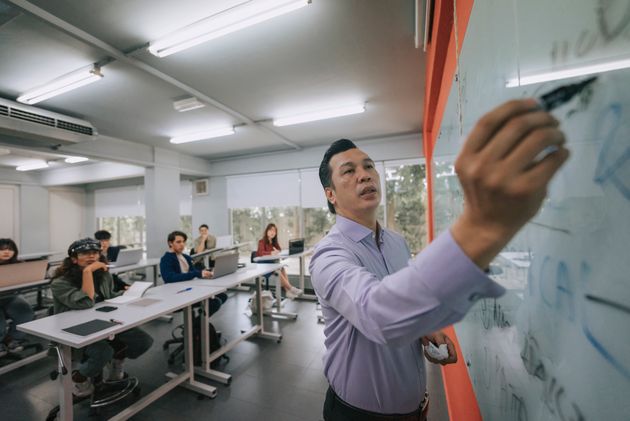 Teachers across the country will be walking out of their jobs over the next two months following the largest vote for strike action in the UK’s history.

The National Education Union (NEU) is made up of both teachers and teaching assistants, with more than 450,000 members.

Its sister organisation, the Education Institute of Scotland, also voted overwhelmingly to strike in November, with 96% supporting it on a turnout of 71%.

This means that the ballot crossed the highly restrictive thresholds set by the government – and that education across the UK is likely to be severely disrupted over the next few months.

Members in other education unions, such as NASUWT and NAHT, previously considered walking out too but failed to reach the 50% ballot turnout for law. They are now thinking about balloting members again over pay.

Teachers in Northern Ireland are supposedly considering strike action, too.

Here’s what you need to know.

When will they strike?

Union members are striking in England on:

Union members are striking in Wales on:

There will be rallies on March 15 at Westminster and Cardiff to address the government.

Union members are striking in Scotland on:

What about strike action in Northern Ireland?

Depending on how the ballot being held between January 23 and February 10 go, possible action would start on February 20 for those in Northern Ireland, although no date has been officially set yet.

What will happen to schools?

NEU has said that schools will have to close during strike action, particularly on February 1, when there are walkouts in England, Wales and Scotland.

This is partly because the NEU received 22,000 new sign-ups over the last week after announcing its walkouts for England and Wales, meaning disruption is likely to be bigger.

NEU’s joint general secretary Mary Bousted told news agency PA: “I think the action will be stronger because we’ve got a bigger membership. People join so they can take part in action.”

Bousted said she was expected 100,000 to strike on the first day of industrial action, although there may be “many more than that”.

“Lots of schools will close. In areas where the NEU is the biggest union and has a really strong density like London, there will be lots of schools closed,” she added.

The department for education has suggested that agency staff and volunteers might be used to replace striking teachers and staff, and in an effort to keep schools open.

The NEU has to give schools the number of members in its workplace who will be striking (due to the law) but does not give individual names.

Bousted said it was down to headteachers to decide ahead of the first major strike action day (February 1) if the school were to close.

According to Geoff Barton, the general secretary of the Association of School and College Leaders, a risk assessment needs to be taken to consider “the safety of staff and students”, and to see how much remaining employees will be there. 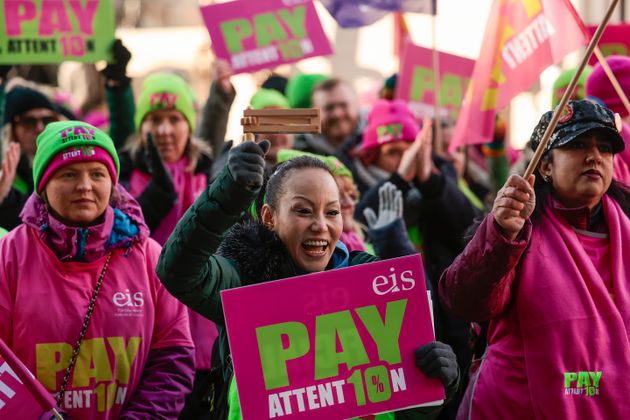 Why are they striking?

February 1 is the date when many other unionised workers in the public sector will be walking out.

Teachers do not just want a pay rise, but wants to correct the real-terms pay cuts staff have faced since austerity in 2010.

Teachers have seen their salaries fall by 23% in real terms since then, with support staff seeing a 27% drop in the same timeframe.

Average pay rise for teachers this year is at 5% (which is behind the current inflation rate of 10.5%).

NEU say a third of teachers resign within five years of qualifying, too.

Teachers in Scotland and Northern Ireland have rejected offers of small pay increases, asking for it to be more in line with inflation now.

Bousted and Kevin Courtney, her joint general secretary of the NEU, said: “We have continually raised our concerns with successive education secretaries about teacher and support staff pay and its funding in schools and colleges, but instead of seeking to resolve the issue they have sat on their hands.

“It is disappointing that the Government prefers to talk about yet more draconian anti-strike legislation, rather than work with us to address the causes of strike action.”

The government has recently put forward a bill which would ensure a minimal level of service within public sectors even on strike days.

Bousted and Courtney continued: “The government seems unbothered about the conditions they are allowing schools and colleges to slide into. The reasons for the recruitment and retention crisis are not a mystery.”

The union also said that 1 in 8 pupils are having their maths work set and assessed by people who are not qualified to teach maths – just one example of how improved education would be in the interests of parents and children too.

Sarah Seleznyov, co-headteacher at School 360 in Stratford, explains why “struggling” teachers have voted to go on strike. pic.twitter.com/oqh7hvapxs

“We’ve got massive mental health crisis, we’ve got really low attendance because of illness, spiralling illness, we’ve got a lack of support for SEND [special needs pupils], we’ve got social care falling apart at the seams and all of those things fall back onto schools, and teachers’ workloads are going up.

“And teachers are struggling to live in their local area.”

ITV’s Robert Peston also predicted that these strikes would be a “huge headache for the government”, especially because of the huge support for the walkouts.

He tweeted: “It shows the scale of teachers’ unhappiness, not just about how inflation has been significantly reducing their living standards, but also about chronic teacher shortages caused in part by the perceived mismatch between their pay and duties.”

Peston continued:“Some schools will close for the day. Others will only be able to offer limited and sub-standard tuition. This is quite a cost, both to students nearing exams and parents needing to go to work.”

The politics editor concluded: “The question which the prime minister and his government needs to reflect on, and has failed to do in any way that has been expressed coherently, is why so many workers in essential public services feel utterly alienated from them.”

Yes, The ‘Puppy Blues’ Are A Real Thing. Here’s How To Cope.