Things We Swore We’d Never Do As Parents, And Then Did Anyway 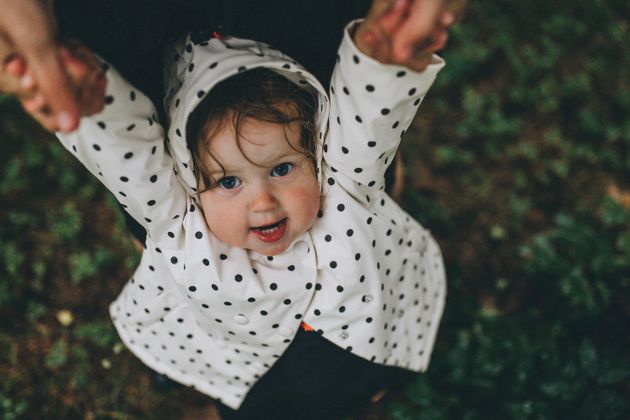 We’ve all been there: you’re tired, overwhelmed, then one of your kids makes a move and it’s the final straw. Words you’d sworn you’d never use as a parent slip right out of your mouth.

Or maybe you’ve found yourself reevaluating your priorities. Restricting junk food or screen time might not be your number one goal every day.

It’s good to be thoughtful about your intentions as a parent, but you don’t want your expectations to be so rigid that they can’t bend to accommodate the moment you’re facing, or the child in front of you.

“It requires a great deal of learning, adapting, iterating and tolerating messy growth (our kids’ and our own). It rarely looks in real life the way it all played out in our fantasy,” she explained.

Whether others are doing the judging, or we’re doing it ourselves, it’s important to remember that no one moment determines our worth as parents.

Cindy Graham, a psychologist in Maryland, told HuffPost: “Oftentimes we think the goal of parenting is to raise happy, healthy, well-adjusted kids.

“We sometimes forget that parenting is also about learning to show grace — to ourselves and our children — and teaching kids to show grace. You will say things you never thought you would, so learn to apologise effectively and make amends.”

If you’ve ever felt alone in not living up to your own parenting expectations, read on. We asked parents what things they promised themselves they would never do — and then did.

We’d bet that every parent can relate to at least one of these scenarios.

“I swore my kids wouldn’t ever eat McDonald’s. Sometimes I just don’t have it in me to cook.” — Patty Van Laar

“That I wouldn’t cook separate meals for them, they would eat what we eat. Uhhhh, yeah. So what’s it gonna be tonight, kids? Chicken nuggets or mac ‘n’ cheese? Honestly, it’s because I have yet to figure out how to cook a meal worthy of adults that can also be on the table by 6pm. I work full time 9-5 and the kids deserve to eat at a time that matches their schedule and hunger. Just not enough hours in the day!” — Beth Carchia

“Breastfeed beyond a year. Had no idea that babies don’t just wean themselves. My boys nursed till two-and-a-half!” — Jean Wolfers-Lawrence

“I swore I would always have candy out, free for the eating. Needless to say, I didn’t do that!” — Gretchen Kuiper

“Eat dinner at 8pm, because of kid activities and practices. I never thought we would be that family so busy that dinner was at 8, on a school night. Yet it’s the norm for a lot of the year now and I’m just fine with it.” — Renee Colleen

“We were gonna eat dinner together every day at the table! With no electronics! Sigh.” — Katie Morris

“I swore that my children would never sleep in my bed, they would always sleep in their cribs. My son turns nine in April and only stopped sleeping in my bed regularly last year.” — Desiree Dalby

“Co-sleep. I thought you just let them cry and figure it out — till I was working two jobs while my husband worked night shifts and I needed to sleep. I started at two years old and don’t know why I didn’t start sooner. He slept and I slept. We did that till he was six/seven and we transitioned him back to his room.” — Amanda Krieger Royer

“My first was sleeping in her room by the age of seven months! I thought I had aced this parenting thing. And then my second came and he slept in our bedroom every night (and in our bed at least three times a week) till he was two-and-a-half years old!” —Michele Lempek Rosa

“Laying with them until they fall asleep.” — Jordanna Oswald

“I would look at people in public and think, ‘There’s no way my kid will ever bring a tablet out in public.’ Me, 10 years later: ‘A tablet is a must if we want to enjoy a dinner in public with our two year old.’ I completely understand and apologise to any parent I side-eyed 10 years ago.” — Amanda Manley

“I swore we wouldn’t have a playroom full of toys. I was steadfast that the children’s bedrooms were where their toys would go. They can just play in their rooms! Fast forward to when I have three kids and we’ve turned our dining room into a playroom. Our kids are little so we need them close by for safety reasons. There’s no way they can just play unsupervised in their rooms on the second floor.” — Betsey Niebauer

“I said that I’d never dress my kids in clothing that had characters/TV shows on them, i.e. ‘Paw Patrol,’ Spidey, etc. I said my kid wasn’t going to be a walking advertisement. This lasted until I saw how excited and happy it made them to wear a shirt with Chase on it.” — Catherine C.R.

“I swore I’d never say, ‘because I said so.’ Well, I have like 10 minutes a day of ‘me time’ and I’m not using it to repeat the same stuff I already told you in another conversation. I’m the parent, you’re the kid, sometimes you’re gonna have to live with that as an answer.” — Rachel Bowie Mace

“I swore I’d never have one of ‘those’ kids, the ones having a tantrum in the grocery store because you wouldn’t buy them Twizzlers or a toy. So naive!” — Jennifer Streng

“I never thought I’d tell my kid to not speak to me as if I were his friend (something my own mother would say to me) and the words have definitely come out of my mouth!” — Naomi Raquel

“I swore I would never yell at them. Well, let me tell you, I had no idea in my early 20s just how frustrating parenting is, and boy oh boy, have I screamed and yelled. I wish I didn’t, but it happens.” — Danielle Butler Shearin

“I remember saying how ridiculous the kid leashes/harnesses/backpacks/ bracelets were. Oooh, I was so judgy. Anyway, life gave me a runner at 15 months old, so naturally we were using a backpack harness and I did get the dirty looks, but aw well, he’s alive and well.” — Cindy Montalvo

“My first son was chill, but my second son? Not so much. That kid would have run out into traffic without a second thought. The leash was a godsend. I honestly didn’t care what people thought. It helped keep him alive.” — Amy Kristine

“I was sitting there judging all of those people that put their kids on a leash, like OMG, get a dog if you want to use a leash. Until my 14-month-old no longer wanted to be in a stroller and she was also a runner. So I needed a leash and some running shoes and off we went!” — Courtney Entersz Wenhold

Responses have been edited for style and clarity.

These Are The Most Toddler-Friendly Holiday Destinations (According To Parents)

‘I Resented My Baby’: The Devastating Impact Of Bowel Incontinence After Giving Birth