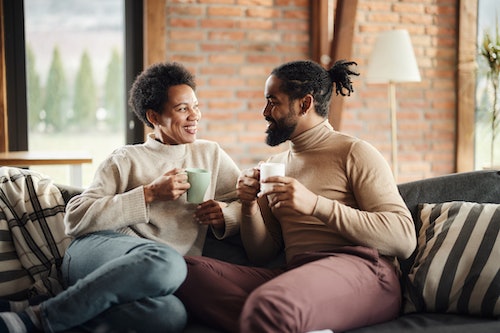 Your birth chart can reveal a lot about your love life, like the kind of partner you’re most compatible with or how likely it is you’ll get divorced. Plus, your chart can even tell you when you’re likely to get married. While a professional astrologer can do a deep dive into your chart to find the answer specific to you, your sun sign can also give you some insight. According to Emily Newman, a psychic reader and astrologer, there are three zodiac signs most likely to get married later on in life.

When you’re looking to see when in life you or someone you know is likely to get married, you want to take each sign’s values and views on relationships into consideration. For instance, Cancer is the zodiac’s caretaker, who values their home and family above anything else. According to Newman, they’re very eager to find the ideal partner and get life started together. “They want the safety and security that marriage presents and are not afraid of taking care of babies,” she says. Because of this, they prefer to get married sooner rather than later.

Another sign who tends to value tradition is Taurus. “They believe that they should get married by 24 or 25,” Newman says. “Taurus is the steady-relationship type, so they prefer to stay in a secure relationship.” Although they’ll take their time to commit to the right one, they tend to date with the purpose of finding the person they want to marry. Once they find that person, they’re in it for the long haul.

Then there are those who will choose to hold off on marriage for as long as possible. With that, here are the three zodiac signs most likely to get married later on in life.

Aries have a tendency to fall in love fast and get really caught up in the honeymoon phase of a relationship. While they are on the reckless side and may seem like the type to get married on a whim, Newman says that’s not exactly the case. “Aries love to make their decisions on their own,” she says. “They also take a lot of time to find the right one. This is the biggest reason they marry later. They often feel like their partner will take their freedom.” Because of that, Aries will usually have fun until they’re finally ready to settle down. As the first sign in the zodiac, they’re seen as the “babies” of the zodiac. Some maturing may be needed for them to want something “grown-up” and serious like marriage.

Gemini has a reputation for being pretty committal. They’re highly social individuals who recognize that there are billions of people in the world, so they don’t really see the value of tying themselves down to just one person for the rest of their life. That’s especially true for Geminis who are just starting to get out there and date. Plus, it takes a lot to keep their mind constantly stimulated. “Geminis are usually intellectually curious, playful, and quickly get bored with their partner,” Newman says. “They have many standards set for their partner, and it takes lots of time to find an ideal partner, which is the reason for the delay in marriage.”

Aquarius is a “free spirit” who doesn’t trust people easily. According to Newman, they’re known for being progressive, independent, and intelligent, and wear these attributes with pride. Aquarius is very “conscious about their freedom” and feel like marriage may take that freedom away. They tend to require a lot of alone time in relationships to feel content and need a partner who likes a lot of space in their relationship. Aquarius also doesn’t really value tradition as much as other signs, so marriage isn’t a necessity for them. Because of this, it may take some time for them to warm up to the idea of getting married.

I was dress-coded for wearing a head wrap to work – so I clapped back in the best way, people agree it was ‘justified’

New tactic: Hunter Biden is the ‘laptop from hell’ victim

Teen lands bizarre hole in one — in his butt: How docs got it out