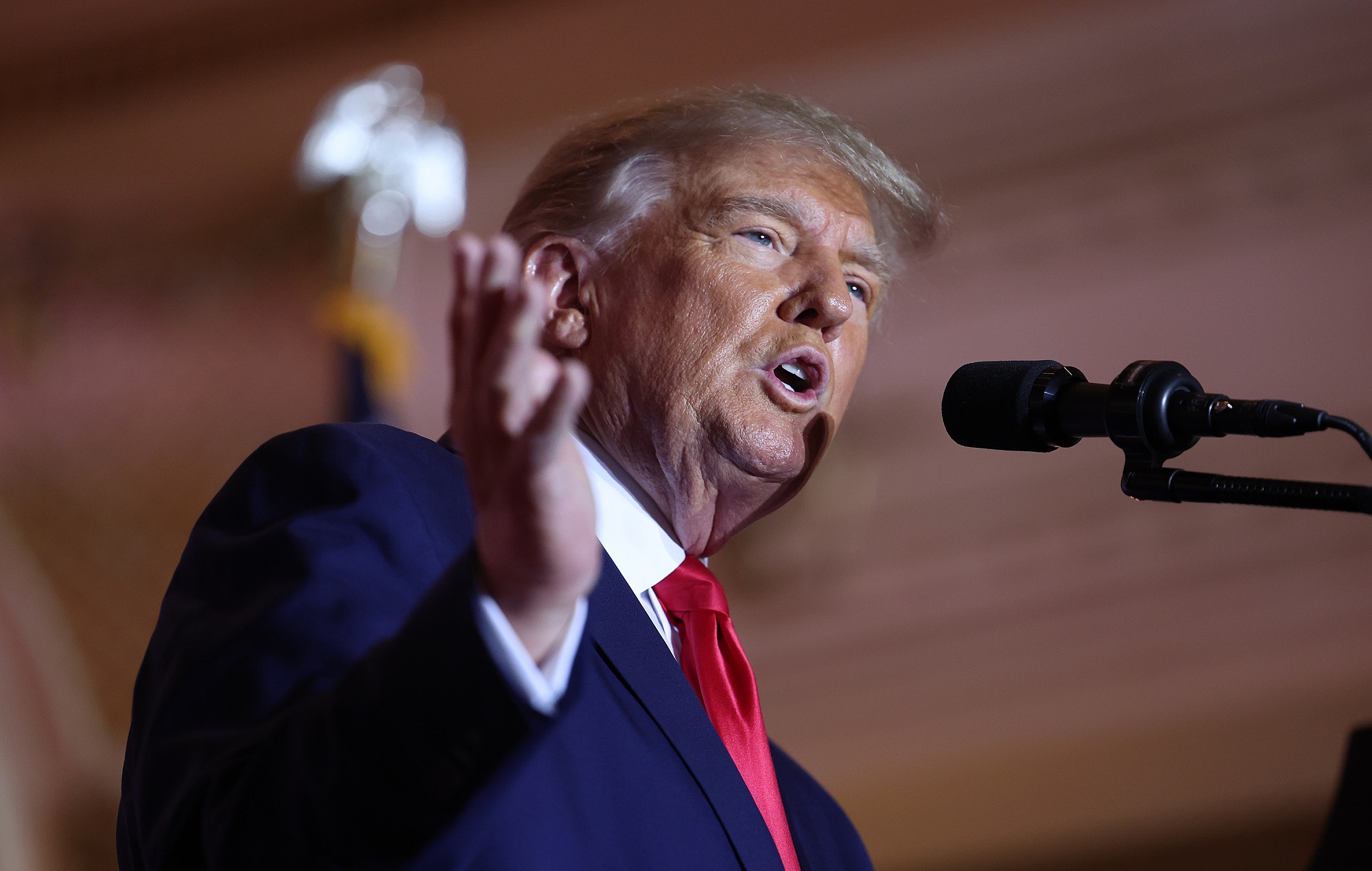 Rights groups have hit back at the “reckless” decision to allow Donald Trump back on Facebook and Instagram.

The former US president was banned from the platforms, along with Twitter, after the US Capitol riots in January of 2021.

In a new blog post, Meta‘s president of global affairs, Nick Clegg, said that Trump will be allowed to return to the two platforms “in the coming weeks” with “new guardrails in place to deter repeat offences”.

In response, action groups including the Anti-Defamation League, the NAACP, Free Press and Media Matters have shared concerns with the move, and said they’re unsure whether these new measures will be enough to prevent similar problems in the future.

“When Trump is given a platform, it ratchets up the temperature on a landscape that is already simmering – one that will put us on a path to increased violence.”

Jonathan Greenblatt, the Anti-Defamation League’s CEO, said that the reinstating of the accounts will once again give Trump the ability to “spread hate and incite violence”.

“There is no reason to believe the former president will behave differently now that the platform has reversed his ban. This isn’t a matter of free speech; there are ample services that Trump can use to spread his message. This is a business decision to platform bigotry and divisiveness to drive clicks and engagement, plain and simple.”

Elsewhere, Democratic congresswoman Jan Schakowsky said that the move “will only fan the flames of hatred and division that led to an insurrection”.

She added: “The Capitol community is still picking up the pieces from the January 6th insurrection that Trump ignited, and now he is returning to the virtual scene of the crime.”

After years of broken of promises, I unfortunately do not expect this time to be any different. The Capitol community is still picking up the pieces from the January 6th insurrection that Trump ignited, and now he is returning to the virtual scene of the crime.

In the statement explaining the move, Clegg added: “The public should be able to hear what their politicians are saying – the good, the bad and the ugly – so that they can make informed choices at the ballot box.

In the event that Mr Trump posts further violating content, the content will be removed and he will be suspended for between one month and two years, depending on the severity of the violation.”

The former US President was formally banned from Twitter on January 8, 2021, two days after his supporters violently stormed the US Capitol building. Trump had long been criticised for using Twitter as a platform for extremist far-right views and hate speech; in the wake of his ban, it was reported that misinformation on the platform had ebbed dramatically.

Shortly after he acquired Twitter in April, Elon Musk told his supporters that he would reinstate Trump’s account. After holding a poll on the site last November, the controversial billionaire – who is also the owner of Tesla and SpaceX – made good on his promise.

In the same month, Trump announced he would be running for president again in 2024.