Part Of Earth May Be Physically U-Turning Every 35 Years. Should We Be Worried? 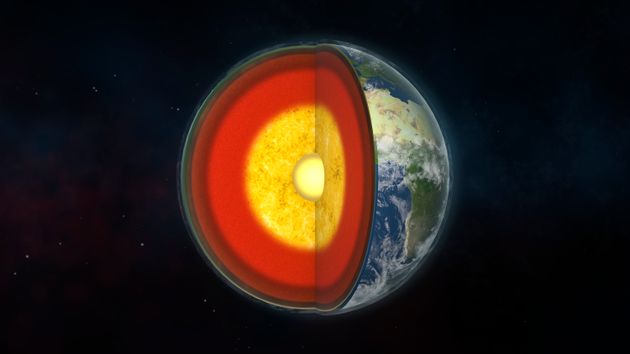 Earth’s inner core may have stopped rotating – and it is potentially about to turn in the opposite direction, in the latest mind-bending science news.

So, what does this all mean?

Well, Earth has an inner core mainly made up of solid iron. It’s about 70% as wide as the moon and separated from the rest of the Earth by a liquid outer core.

This outer core has a magnetic field which affects the inner layer’s rotation, while the gravitational pull of the upper level, known as the mantle, also affects the core’s rotation.

This new study, published on Tuesday in the journal Nature Geoscience and conducted by scientists Yi Yang and Xiaodong Song from China’s Peking University, suggests that over the last decade, the inner core may have stopped turning.

Song and Yang told Vice that there are two major forces acting on the inner core – electromagnetic force, and the other is gravity.

There is a “tug and war” element between these two forces.

“We see strong evidence that the inner core has been rotating faster than the surface [but] by around 2009 it nearly stopped,” Yang and Song said.

“Now it is gradually mov[ing] in the opposite direction.”

Should we be worried?

It sounds like a major deal, but actually beneath the surface, the Earth is quite chaotic so it’s not as alarming as it may sound.

The researchers came to this conclusion by looking at the data for seismic waves, emitted by earthquakes, which managed to reach through the Earth’s inner core over the last 60 years for their study.

And actually, that the inner core regularly changed direction first emerged in the 90s, although researchers have been divided ever since about the exact speed of the rotations.

In fact, Yang and Song believe from their research that it might be “experiencing a turning-back in a multi-decadal oscillation, with another turning point in the early 1970s”.

The scientists suggested that this “oscillation” cycle is likely to last seven decade, so the inner core spends 35 years in one direction and 35 years in the other.

Not everyone agrees with these findings though.

Geophyscists John Vidale of the University of Southern California was not involved in the research, but he said that the most reliable conclusion from this new study was that “this recent 10-year period has less activity than before”.

Do these findings matter?

Well, it could help scientists understand how what goes on deep within the Earth’s surface affects life on the crust – where we live – such as how long each day is.

Song described the inner core as a “planet within a planet, so how it moves is obviously very important” – although the exact workings of the core are still unknown.

It’s still not clear how fast the inner core rotates and whether it varies.

Vidale told The New York Times: “In all likelihood, it’s irrelevant to life on the surface, but we don’t actually know what’s happening. It’s incumbent on us to figure it out.”