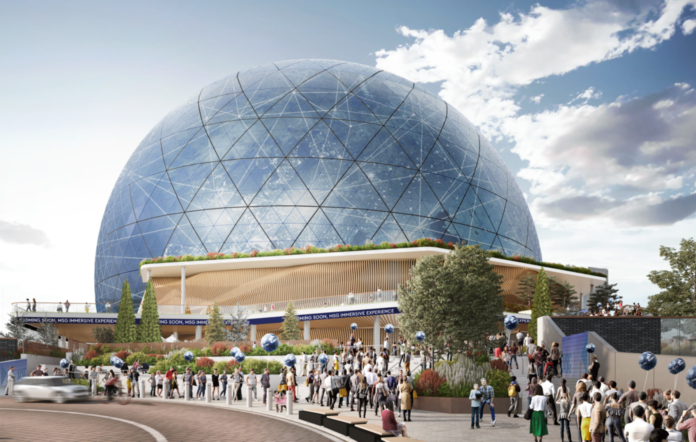 Plans to build a new 21,500-capacity venue in east London have advanced despite objections from locals.

The MSG Sphere, the brainchild of the company that owns the iconic Madison Square Garden in New York, is earmarked for a site in Stratford, east London, on an empty parcel of land between the station and the Olympic Park. The land was previously used as a coach park during the Olympic Games.

The MSG Company also plans to build a smaller 1,500 capacity venue inside the orb-like arena that could provide a platform for grassroots artists, as well as shops and restaurants. The MSG Sphere would become the largest arena in the UK should the proposals go ahead.

The plans, however, have not been without controversy. Concerns have been raised by locals and an MP over the creation of light and noise pollution from its huge video and advertising displays. The orb is set to be covered in over 1million LEDs and show videos and adverts from dawn till as late as 11pm.

In response, MSG has been required by the London Living Development Corporation (LLDC), who approved plans for its construction, to ensure that “appropriate controls would be in place to ensure that any unforeseen health and wellbeing impacts could be addressed should they arise”. MSG has said it will provide blackout blinds for homes within 150 metres, and with a direct view, of the venue, as well as creating a complaints telephone line.

“The concept of erecting a gigantic glowing ball covered with advertising right in the middle of Stratford, and in direct sight of many people’s homes, is appalling,” Lyn Brown, Labour MP for West Ham, told the Evening Standard, arguing that such a venue would be “utterly out of place” for the borough of Newham, in which Stratford lies.

She continued: “The intention is for bright lights to pollute the local area, on certain days straight through from 6am to 11pm. For some residents…it’s as if the proposal would relocate their homes next to the sun. Shamefully, the developers have the gall to offer these residents blackout blinds for their homes, depriving them of healthy daylight if they choose not to subject themselves to a tormenting, incessantly glowing spectacle.”

The venue has also faced opposition from AEG, the company which operates The O2 Arena in Greenwich, which is only four miles away from where the MSG Sphere would be built. The venue has raised concerns about the advertising display, as well as the excessive impact it would have on public transport.

The final say over the project, as with all major planning decisions, lies with London Mayor Sadiq Khan. No prospective opening date for the MSG Sphere has been given.

MSG is set to open a similar venue in Las Vegas later this year.

How to see the green comet TONIGHT: What time to watch C/2022 E3 in the UK and where to look