Kaity From ‘The Bachelor’: Instagram, Job, Spoilers, & What To Know 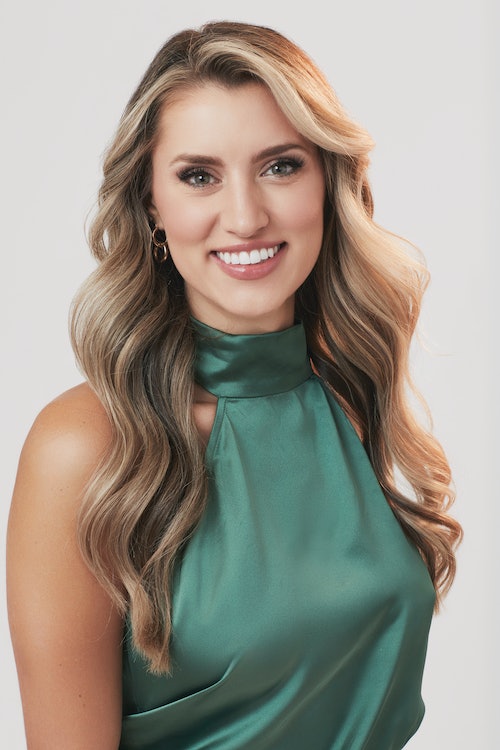 With Zach Shallcross’ Bachelor season starting on Jan. 23, the countdown is officially on to see who ends up with a ring. The season begins with 30 women, so it can be tricky to keep track of everyone — but if you want to get to know the contestants ahead of their journeys on the show, their Bachelor bios and social media provide a pretty good starting place. To that end, who is Kaitlyn “Kaity” Biggar?

“The Canadian nurse is not only passionate about her career but she’s got a great sense of humor and is extremely down to earth,” Kaity’s Bachelor bio reads. “Kaity is looking for her forever Prince Charming.” The profile adds that Kaity is “100% wife material” and wants to start a family.

In a TikTok posted the same day as Zach’s Bachelor premiere, Kaity danced to Beyoncé’s “CUFF IT” — using the lyrics “I feel like falling in love” for her caption, potentially referencing her Bachelor journey ahead. But does that journey end in an engagement? Only time will tell.

As viewers wait to see how it all unfolds, here’s everything to know about Kaity’s job, Instagram, and the Bachelor spoilers about her reported fate on the show.

According to Kaity’s Instagram bio, she works as a travel nurse, while her Bachelor profile lists her specialty as emergency. She referenced the stress of her job in a 2021 TikTok, where she likened her pre-shift “pep talk” to a primal scream while slipping into scrubs.

While travel is part of Kaity’s job description, it’s also part of her everyday life. Her Instagram is filled with photos from various destinations — from her birthplace in Canada to California, Georgia, and her current home base of Texas, specifically, Austin, where Zach himself also lives.

How far does Kaity make it on Zach’s Bachelor season? There are reports about her performance on the show, if you’re so inclined. Spoilers ahead!

If you’re already rooting for Kaity, you’ve chosen well because Kaity makes it quite far. In fact, according to Reality Steve, Kaity makes it past hometown dates and is actually one of Zach’s final three women.

As for whether Kaity wins Zach’s season, not even Reality Steve knows that just yet. But knowing how far Kaity makes it, she’ll definitely be one to watch in the weeks ahead.