Jeremy Renner Snowplow Accident Update: He Was Trying To Save Nephew 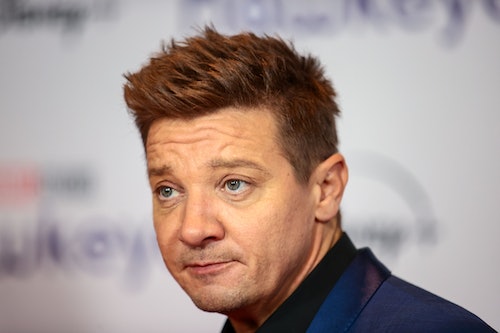 Fans and celebrities have shared well wishes for actor Jeremy Renner after the Hawkeye star was involved in a serious snow plow accident on New Year’s Day. As per the BBC, Renner suffered blunt chest trauma and orthopedic injuries while clearing snow around his Lake Tahoe home. He was later airlifted to the hospital where he remained in a “critical condition” following emergency surgery on Jan. 2. The following day, Renner shared a brief update on Instagram, thanking friends and fans for their “kind” messages of support. “I’m too messed up now to type. But I send love to you all,” the actor wrote alongside a selfie taken from his hospital bed.

On Jan. 25, a sheriff’s report revealed that Renner was injured while trying to save his nephew from being run over. Renner had been using the snowplow to move his nephew’s truck from the driveway but did not engage the parking brake, which caused the vehicle to slide downhill. “Although the Pistenbully had some mechanical issues, it is believed based on our mechanical inspection that the parking brake would keep the Pistenbully from moving forward. When Renner attempted to stop or divert the Pistenbully to avoid injury to (his nephew), he was pulled under the vehicle by the track and run over,” the official report obtained by CNN stated.

As mentioned, many were quick to offer their good wishes on social media in the wake of the incident, including DC Studios’ co-CEO and director James Gunn, who wrote on Twitter: “My heart is with Jeremy Renner.”

Frozen’s Josh Gad also tweeted that he is “praying for Jeremy Renner and his family,” while Marvel’s Tara Strong (Loki) wrote: “My sweet Jeremy Renner. Loved you for decades. From a Senior Trip to the MCU. Sending you and your closest healing love, light & strength for a full recovery.”

After details of Renner’s accident initially broke, the actor’s publicist said in a statement to People: “Jeremy’s family would like to express their gratitude to the incredible doctors and nurses looking after him, Truckee Meadows Fire and Rescue, Washoe County Sheriff, Reno City Mayor Hillary Schieve and the Carano and Murdock families.” The statement concluded: “They are also tremendously overwhelmed and appreciative of the outpouring of love and support from his fans … His family is with him and he is receiving excellent care.”