I’M A CELEB star Scarlette Douglas has revealed she’s been ghosted by her campmates less than two months after being in the jungle together.

The gang of the 2022 series looked like they had a tight bond, but fractures in the group, particularly around Matt Hancock have been sparking feud rumours since.

It seems absence doesn’t quite make the heart grow fonder and the WhatsApp group has already gone cold.

Speaking to MailOnline, Scarlette revealed: “I just said, ‘Hey, team, how are you all? I miss you lots.’ And no one replied. I guess that means no one’s missing me.”

This isn’t the first time Scarlette has criticised the group’s reply etiquette, with her previously saying Chris Moyles had ghosted her when she checked in.

She had also spoken about Olivia Attwood – who was forced to leave the show on medical grounds after just one day – not making the WhatsApp group at all.

LATEST FROM I’M A CELEB 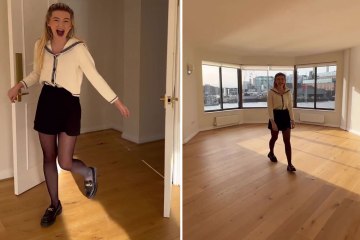 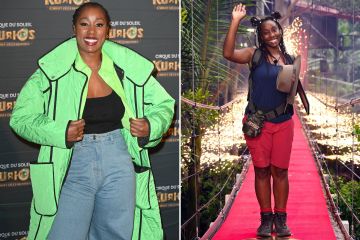 In December, Scarlette also spilled the beans on the antics from their group chat and who is the most and least responsive.

“Yeah. So that yeah, basically, I’m that person. I will always write in a WhatsApp group, because I bloody love people,” she said.

“And I was like, let’s all be friends together forever. And in the jungle, it was like, Yeah, of course.

“But then coming out, everyone’s gone back to their real lives and the like, Scarlette, like, just chill out.

“Because I literally will be messaging not every day, but I do message a lot. I’m one of those people in general across all WhatsApp groups, across WhatsApp. Full stop. I’m a talker.”

So it looks like things are going to be a little awkward when they all get together for Chris’s birthday bash in just a few weeks time.

We doubt Hancock will be there, seeing as Chris branded the former health secretary fake within hours of returning to the UK. Scarlette’s career has been given a major boost thanks to her time on the ITV jungle series, and she’s already announced plans to even switch gears and release new music.

Could A Sleep Divorce Save Your Relationship?

Loveless: the dynamic duo at the forefront of emo’s next wave