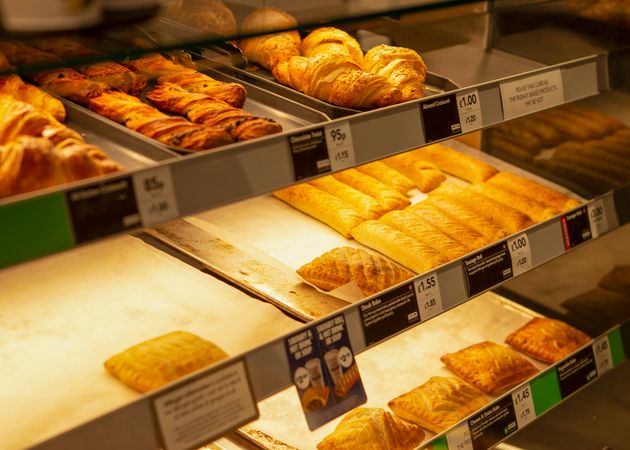 Here’s how to crack the Greggs code

Let’s be real – most of us don’t take a second look at our favourite Greggs pastry before scoffing it.

And it turns out, that in amongst our greed, we’ve failed to notice that the high street bakery have been sneaking a secret code on their most popular bakes.

Don’t panic, we’re not talking about some secret pastry Illuminanti-type situation – but the markings on top of the bakes are way more than just a nice pattern.

A Greggs worker revealed all over on Reddit – posting on the Casual UK Reddit forum, they wrote: “I work in Greggs. What would you like to know?”

It turns out, we want to know everything. The thread bagged 2,000 comments in just 20 hours and a query addressing the different pastries’ patterns came out on top.

The user asked: “Can you tell us the pattern on the pastry that identifies whether it’s a steak bake, chicken bake, vegetable bake, etc. thanks.”

Every single Greggs bake, pastry and roll has a completely different design so that staff can easily tell them apart.

In amongst the lunchtime rush, staff need to be able to tell which pastry is which at speed – and the markings on top of your favourite baked treat are how they do it.

The bakery worker replied to the query with all the answers – pastries with diagonal slits are steak bakes, while wavy horizontal lines mean chicken.

If a pastry has a v-shape markings it’s cheese and onion and the sausage and baked bean melt has a series of straight, horizontal lines.

Staff are expected to learn the ‘pastry language’, with former store manager Jamie Dear telling the Mirror: “This is something I hadn’t noticed when I was a shopper at Greggs before I started working there.

“One of the first things you have to do is learn the markings.

“And it can only really be done in a textbook style with a list and picture of what it should look like. It’s like a new language.”

The more you know!

I run a free grocery store – there’s a system to how we register people for monthly shopping, here’s how you qualify