BRITAIN’S medium-term economic outlook is even WORSE than expected, ministers have been warned.

In a private submission to the Treasury, the Office for Budget Responsibility (OBR) said growth will be slower than anticipated last year.

And the watchdog warned of a big black hole in the public purse, which could mean more cuts to public services are needed.

But in bleak news for hard-up Brits, the growth forecast was recently reduced by 0.2 and 0.5 per.

This is because of weaknesses in the economy, including a shortage of people going to work.


Russian warship with ‘unstoppable’ hypersonic missiles ‘sails towards US’

A Treasury source said: “There seems to be a view out there that Hunt suddenly has all this money to play with for tax cuts. But that is not the view internally.”

On Friday Jeremy Hunt is expected to rule out cutting tax at March’s Budget.

In a speech to bankers, Mr Hunt will set the stage for his set piece fiscal event, where he will say he “rejects the declinist narrative”.

Instead he will champion “high growth sectors” like life sciences, artificial intelligence, space and green tech where the UK has global standing. 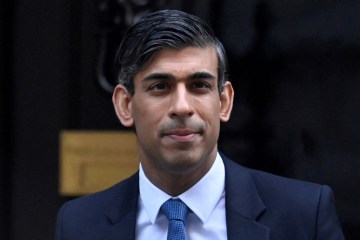 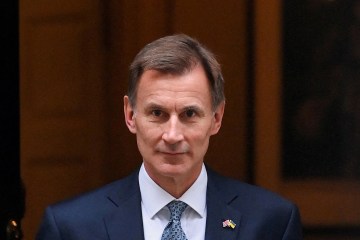 But he risks a fresh row with Tory MPs, as sources say he will make clear there is “little to no headroom in the forecasts for giveaways.”

He will insist inflation has to fall further first, and any gain of tax cuts now would be lost in soaring prices.

A Treasury source said: “Jeremy will hammer home that he believes in low taxes and sound money, but sound money still comes first.”

Mr Hunt was further boxed in ahead of the fiscal update on March 15, by borrowing reaching a 30-year high.

Costs rocketed with nearly £7billion on energy payments and support schemes as ministers dished out cash to keep the lights on.

Boris Johnson Has Been Paid £2.5 Million For Speeches He Hasn’t Made Yet

George Santos Is a ‘Sick Puppy’ Who Shouldn’t Be in Congress, Mitt Romney Says at SOTU

China calls on US to return spy balloon debris