JENNY TAFT wasn’t overly impressed with her welcome to the Qatar World Cup.

The Fox Sports sideline reporter was pitchside for the USMNT’s 1-1 draw with Wales on Monday sporting a patriotic bright red coat.

Taft captioned this video “I’M AT THE WORLD CUP!!!”[/caption]

But she was less enthused about the ‘special gate’[/caption]

But her arrival at the Al Rayyan Stadium, unfortunately, left her grimacing.

Taft took to TikTok to show what it’s like for women at the World Cup this year, showing the “special gate” she has to go through.

She said: “I just had to go through a special gate in Qatar for ladies only. Somehow I don’t feel all that special about it.”

And while some fans were left less than impressed, with one commenting: “Why are you whispering? Speak up; tell em how wrong it is”

Read More on The World Cup 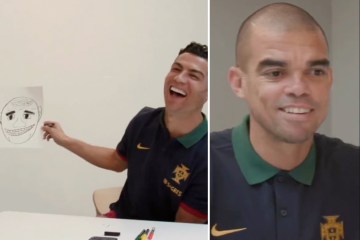 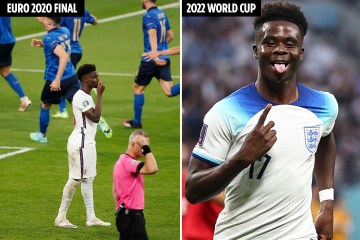 SAK OF THE NET

Others were less phased by the “special gate,” with one saying: “It’s segregation based on sex. A cultural thing. It’s not supposed to make you feel special…but the shorter lines will help.”

While another said: “It’s a different culture. We should respect all cultures.”

Regardless, Taft still seems excited to be covering the World Cup, having shared a video of her on the sideline on Sunday with a beaming smile captioned: “I’M AT THE WORLD CUP!!! [soccer ball emoji]”

Most read in Soccer

‘HAD ME IN TEARS’