6 Things People Do Differently In Finland, The Happiest Country In The World 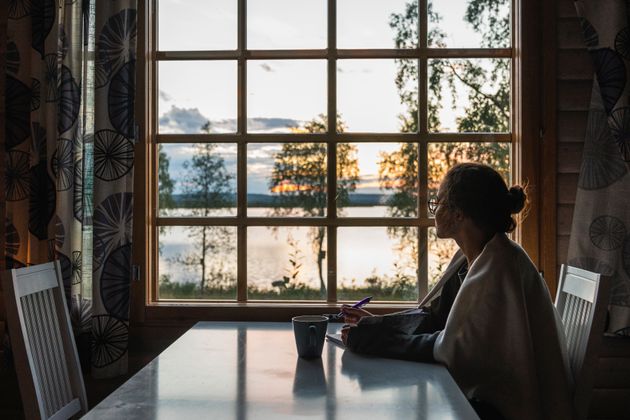 Looking at happiness in a different way is part of the key, along with some new routines.

When it comes to happiness, it’s well-known that the Nordic countries regularly score high on surveys of life satisfaction. In fact, Finland has held the top spot in the World Happiness Report’s list of happiest countries for five consecutive years — even as the country deals with cold weather, long winters and no daylight for part of the year in certain parts of the country. (For reference, the UK is ranked 17th on the World Happiness Report’s list and the USA is ranked 16th.)

Even with these things seemingly against the country, the people of Finland thrive when it comes to their life satisfaction for a myriad of reasons, according to mental health experts.

A huge part of that is because Finland has systems in place that make aspects of life less stressful — education is largely free, time off of work is plentiful and health care coverage is guaranteed. Plus, the country is much, much smaller than the U.S. (the population is smaller than the population of New York City), which also makes certain things easier.

Beyond these systems, though, there are habits and beliefs that Finnish people hold that help them regularly secure the top spot on the World Happiness Report’s list. Below, Finnish mental health experts share why they think people in the country are happier and how you can use some of the country’s tools for happiness, too.

There’s less of a desire to lie about emotions

In the U.S. (and in many countries, for that matter) replying to “how are you?” with “good” or “fine” is expected. Detailing too much of your struggle is frowned upon by some and uncomfortable for others.

In Finland, though, there is much less compulsory positivity. “There is more tolerance in saying, ‘it’s not ok’ or ‘I’m not feeling fine,’” said Meri Larivaara, the director of strategic affairs at MIELI Mental Health Finland.

Larivaara added that this is, overall, an observation based on time spent in the U.S. and time spent in Finland. But a part of this emotional honesty may be what contributes to Finland’s overall happiness.

All in all, we know that bottling up your emotions does no good. You’ll likely feel overwhelmed, misunderstood and even a little trapped. Some studies say holding in emotions can also take away from social connectedness and is associated with early death.

While people work hard in Finland, their work hours are largely reasonable, which means most folks have a good work-life balance.

In the end, there is time to do activities other than work, noted Mirka Hintsanen, a professor of psychology at the University of Oulu.

Juho Saari, the dean of faculty in the social sciences department at Tampere University, added that most people don’t have a far commute to work either, which also adds to their happiness levels with work and the amount of free time they have in a day.

All three experts talked about nature’s important role in the lives and happiness of many people in Finland.

In fact, the country has rules known as Everyman’s Right, which allows folks in Finland to respectfully use nearly every forest, lake and seaside area for free, Saari said. This means activities like camping, berry picking, mushroom picking, swimming, hiking, horseback riding and skiing are all free in these public spaces.

Hintsanen said that you’re always close to nature in Finland, whether you’re in one of the major cities or small towns. “There’s nature everywhere,” she said.

“There are studies that nature actually reduces stress and that’s also connected to happiness — [when] you have less stress, it’s easier to be happy,” Hintsanen noted. So, taking a walk in a nearby park can help you channel this Finnish happiness tip.

“We are really eager to develop ourselves,” Larivaara said, and ”learning new things is good for your mental health.” She said this doesn’t have to mean learning a new language or a task for work, it can be more simple tasks like trying out a new recipe or taking a class on how to sail.

Saari added that Finland has a large number of associations where people can do hobbies together — everything from yoga to pottery classes. He said that it’s inexpensive to join these associations and further allows people to learn new things.

Additionally, learning new things helps time feel more plentiful. When you get out of your everyday routine and you look back on your month or year, the time will feel longer, and you’ll feel that you took full advantage of your days, Adrian Bejan, a professor of mechanical engineering at Duke University, previously told HuffPost. 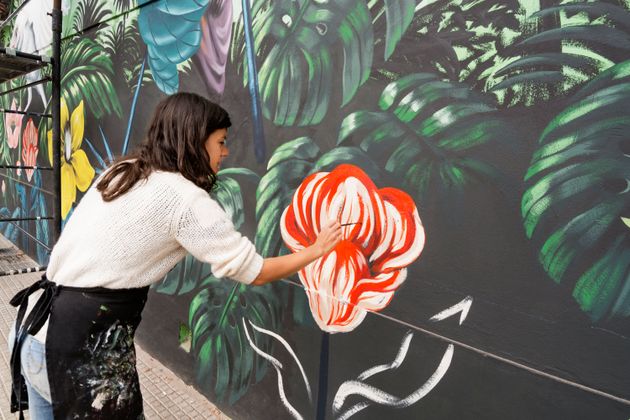 Learning new skills — for enjoyment, not for work — is a part of the culture in Finland.

According to Saari, levels of trust between individuals in Finland are very high.

“It is a tiny country, people build networks between different people and there is what is called the ‘strength of weak ties,’” he said.

As mentioned above, America is much, much bigger than Finland, which makes across-the-board trust harder in the U.S., but you can still surround yourself with a trusting circle of people.

Investing in your social relations plays a large role in happiness, Saari said.

“There is plenty of research [that says] getting rid of loneliness is one of the most important things” when it comes to feeling content, he noted. In fact, a 2021 study found stated that “loneliness is considered one of the strongest negative predictors of life satisfaction” — and close relationships with others are necessary for a fulfilling life.

To add to your overall feeling of content, spend time with the friends and family who fill your cup. Cherish those relationships, check in on those folks and continue to build the bonds you have.

In Finland, folks experience a feeling of contentment rather than overwhelming happiness

“If you go more toward the emotional experience of happiness, I suppose culturally in Finland, happiness doesn’t need to mean that very intense emotion of happiness,” Larivaara said. “Our concept is more like [a] constant feeling of being content with your life” and what you have.

It’s more of a quiet feeling, Larivaara explained. “So, maybe it’s easier to be happy in that way than it would be if you seek intense feelings and intense experiences of happiness all the time,” she added.

Saari agreed and said that people in Finland have a high level of life satisfaction. ”[In the] World Happiness Report, they don’t actually ask whether people are happy, they ask whether they are satisfied with their lives.”

Instead of looking for euphoria, you can try to look for the things in your life that make you feel content ― like a cup of good coffee or your trusty car that never breaks down — and try to hold onto those feelings (and seek out other pleasant reminders) throughout your day.

But, it’s also important to remember that outside factors impact happiness, too

“I think in Western culture, we talk about happiness often, that it’s the individual’s responsibility to live your life such that you can be happy,” Hintsanen said. “We have an illusion that if you do everything right, then you’re happy, and it’s your sole responsibility.”

There is some truth in that, she said, but it’s not only an individual who controls their happiness — it’s also their surroundings, life circumstances and the decisions in society.

Meaning, for example, if you’re a teacher and your local district cut all teachers’ pay, your happiness will likely be impacted. But the pay cut decision was out of your control. So, as important as it is to try and do things that impact your mood, it isn’t only up to you.

“We can’t just make it only the individual’s responsibility, and I think it’s also good for everybody to remember that. There are also other things than just [the] individual,” Hintsanen added.

Lindsay Clancy ‘was overmedicated’ when she ‘strangled her kids to death before jumping from window,’ attorney claims