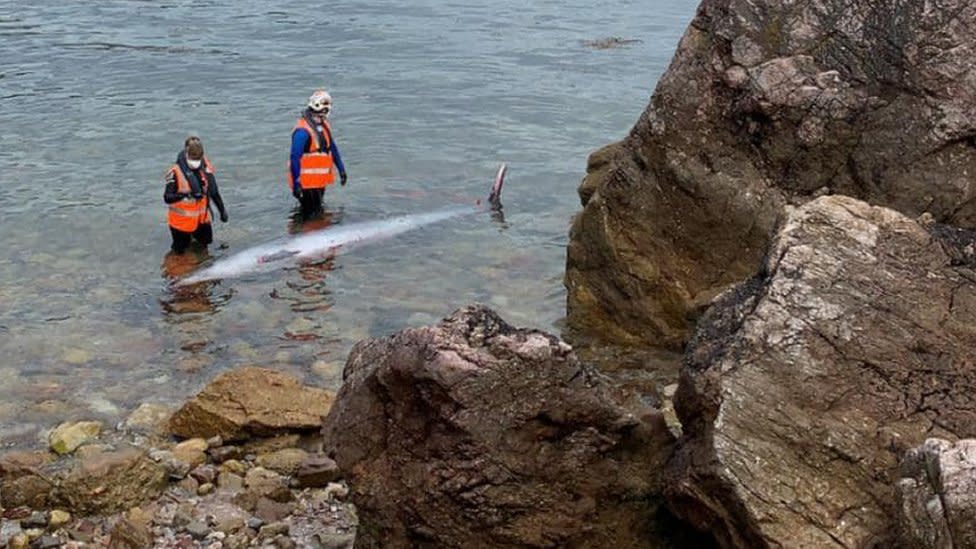 A whale has died after becoming stranded at a beach in Devon.

The British Divers Marine Life Rescue (BDMLR) said it was called to the whale stranding at Babbacombe beach, Torquay.

It was identified as a Sowerby’s beaked whale, a deep-diving specialist species which “do not usually come anywhere close to the coast”, the BDMLR said.

A fishing hook was found in the mammal’s tongue, and it had suffered recent trauma to the head.

BDMLR teams attended the beach on 12 September and said the whale appeared “painfully thin, with visible vertebra showing” as well as a broken beak.

This is the second Sowerby’s beaked whale to be reported stranded in England and Wales this year.

It is the sixth to be reported in South West since the inception of the UK Cetacean Strandings Investigation Programme (UCIP) in 1990.

The post Whale dies after stranding on Babbacombe beach appeared first on YF-USA.